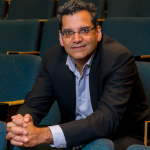 Dr John Gill is Professor of Medicine with tenure at The University of British Columbia, Division of Nephrology, St. Paul’s Hospital.

John is an active researcher whose interests include clinical outcomes in kidney transplantation, access to care, clinical trials and health services research. He has served as the supervisor for Masters and PhD candidates at the UBC School of Population and Public Health. He holds a Canadian Institutes of Health Research Foundation Grant and received the Established Clinical Investigator Award from the American Society of Transplantation in 2017. He is a Past President of the Canadian Society of Nephrology and the Canadian Organ Replacement Register Board of Directors. He previously served as a co-chair of the White House Research and Innovation in Transplantation Working Group under President Obama.

Dr Gill currently serves on the Expert Advisory Panel of the United States Renal Data System and the External Expert Panel of the NIH Apollo Study.  John is Consulting Editor for the American Journal of Transplantation and Associate Editor of the Journal of the American Society of Nephrology. John is President-elect of the American Society of Transplantation and is also a member of several national working groups to advance care for transplant recipients in Canada.