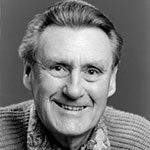 It is with much respect and considerable sadness that UBC Nephrology announces the passing of Dr. Angus Rae on Thursday July 9, 2020, at the age of 91. Angus was the founding father of Nephrology at St. Paul’s Hospital. His remarkable career was dedicated to the pursuit of excellent clinical medicine and he was a strong advocate for the role of the clinician in the teaching of medicine. Angus was an amazing mentor, teacher, visionary and advocate for patients. He was caring, kind and generous.

It is difficult to summarise Angus’ achievements in a few short paragraphs. He trained in Medicine at the London Hospital, England, and became involved in an early dialysis unit with Dr. Stanley Shaldon at the Royal Free Hospital. Further training in San Francisco, then Seattle under the tutelage of Dr. Belding Scribner who sent him to Spokane to run a dialysis unit there, and finally he was recruited to St Paul’s Hospital.

At SPH, Angus developed an excellent dialysis programme, including, for the first time in BC, Home Haemodialysis. The Renal Division at SPH under Angus grew to encompass home peritoneal dialysis, parenteral nutrition and finally, after a masterful campaign, renal transplant. His lectures were legendary, his eccentricities memorable (stripping to the waist, then gowned, to place central dialysis catheters). He permitted Indigenous ceremonies on the Renal ward (on one occasion a fire alarm was sounded after the burning of sweetgrass). He was also an excellent raconteur.

Angus was a revered visiting specialist to the Yukon for 35 years, and a travelling specialist in BC where he provided care to home dialysis patients in the Interior. He also founded the Travellers’ Dialysis Clinic for visitors to BC around the time of Expo 86. For 10 years Angus was in charge of the rotating internship programme at SPH and even after retirement he supervised students at the annual problem-based learning course on kidney matters. He gave the Osler lecture in 1990 on The Rise and Fall of Bedside Medicine and was instrumental in forming the University Clinical Faculty Association, now the Doctors of BC Section of Clinical Faculty. He received the Kidney Foundation of Canada’s Annual award, was a Clinical Professor Emeritus and Honorary Alumnus at UBC.

Angus was a doctors’ doctor, a gentleman’s gentleman. It was a privilege for those of us lucky enough to have known and worked with him. He was one of a kind and his passing feels like the end of an era. Angus retired some years ago to Victoria. He leaves to mourn his passing his devoted wife Ann, daughters Elspeth and Rowena and their families, friends, colleagues and patients.

More on his fascinating life can be found in this BC Medical Journal BCMJ article from October 2018.

–Drs. Adeera Levin, Paul Taylor and David Landsberg on behalf all the Nephrologists past, present and future in British Columbia.